Problem
The produced water coming from several operators was very inconsistent in terms of TDS and hardness and was heavy with suspended solids (1600- 161,000 mg/L), dissolved H2S, residual oil and grease (45-200 mg/L), slime, microbiological contents and organic gel It was fouling the holding tanks and clogging up the injection facility. They were not able to separate the oil nor handle the solids containing emulsified oils, gels, sand, slime and formation salts. As a result, the revenue was down by 20% and the operation cost increased by 30%.

Custom Needs
The best treatment process identified was to use a cost-effective, environmentally-friendly and a strong oxidizer that would address the COD and BOD present in the form of microbiological content, residual oil and grease and spent organic polymers and gel in the most efficient way in terms of treatment time, operation foot print and cost. Then the oxidation needs to be followed by the metal impurities, H2S and hardness removal. RecyClean Services’ Hydro-PodTM treatment process is versatile, robust and efficient in that it can handle all forms of waste water impurities in the most cost-effective and efficient way. Hydro-PodTM technology consisting of ozone for oxidation and electrocoagulation for metal impurities, hardness and dissolved gases removal, was successfully used to treat the Coolville, Ohio produced water. The test-trailer was set up at the customer location and ran for 7 days @ 5 GPM.

Solution and Performance
The Hydro-PodTM technology successfully treated the CES produced water with very high disparity in terms of suspended solids and other impurities present. The treated water was of a quality that could be potentially reused as a base fluid for fracturing or water flooding. The sludge recovered from the separation/filtration process was treated in the filter press to generate a solid cake which was non-hazardous and handled as regular waste. As a result of this, a full system treatment process which included an oil water separator, the Hydro-PodTM, a separation/filtration system and solid handling system was proposed to CES. This treatment process successfully addressed the CES problem of suspended solids, wasted oil revenue, tank fouling, and increased the overall revenue by 30% by increasing the performance efficiency, decreasing the operation cost and added oil revenue. 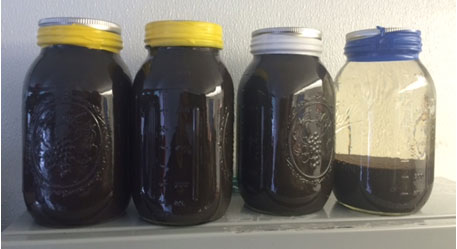 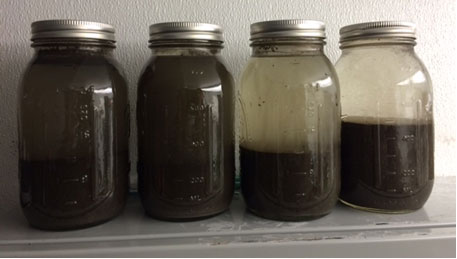